Traditional Indian flavours blended with contemporary
flair to bring the bright taste of something different.

BOOK A TABLE
FIND US

Nestled between the calming and picturesque Great Union Canal and Regent’s Canal, with colourful houseboats, cosy cafes and warm and relaxing pubs lining the tranquil waterways, the appropriately named Little Venice is an enclave of London with a charm all its own.

The area also boasts its fair share of beautiful and wide tree lined streets with lovely shops and an intimate and eclectic range of neighbourhood restaurants. Few eateries outside of London’s West End though can muster the kind of reputation, the finesse and the elegance – not to mention the refinement of cuisine – than Chakra. An award-winning and highly regarded brand name which has already built up a loyal following in the capital since it opened originally over 10 years ago in Holland Park with Kensington, Kingston and Barnes to follow.

Chakra has now opened its doors to a brand, new site on Formosa Street, in Little Venice and is already winning plaudits from the locals. Tucked away in a quiet corner, the restaurant interior offers a feast to the eyes as one enters.

Airy and comforting, the sight of walls festooned with colourful, ornamental blooms in the corners, wall to wall copper smoked mirrors with a prevailing aqua marine hue and plush dark velvet banquettes and seating atop pine flooring, are a sheer delight. As is the North Indian cooking peppered with some Indo-Chinese favourites. 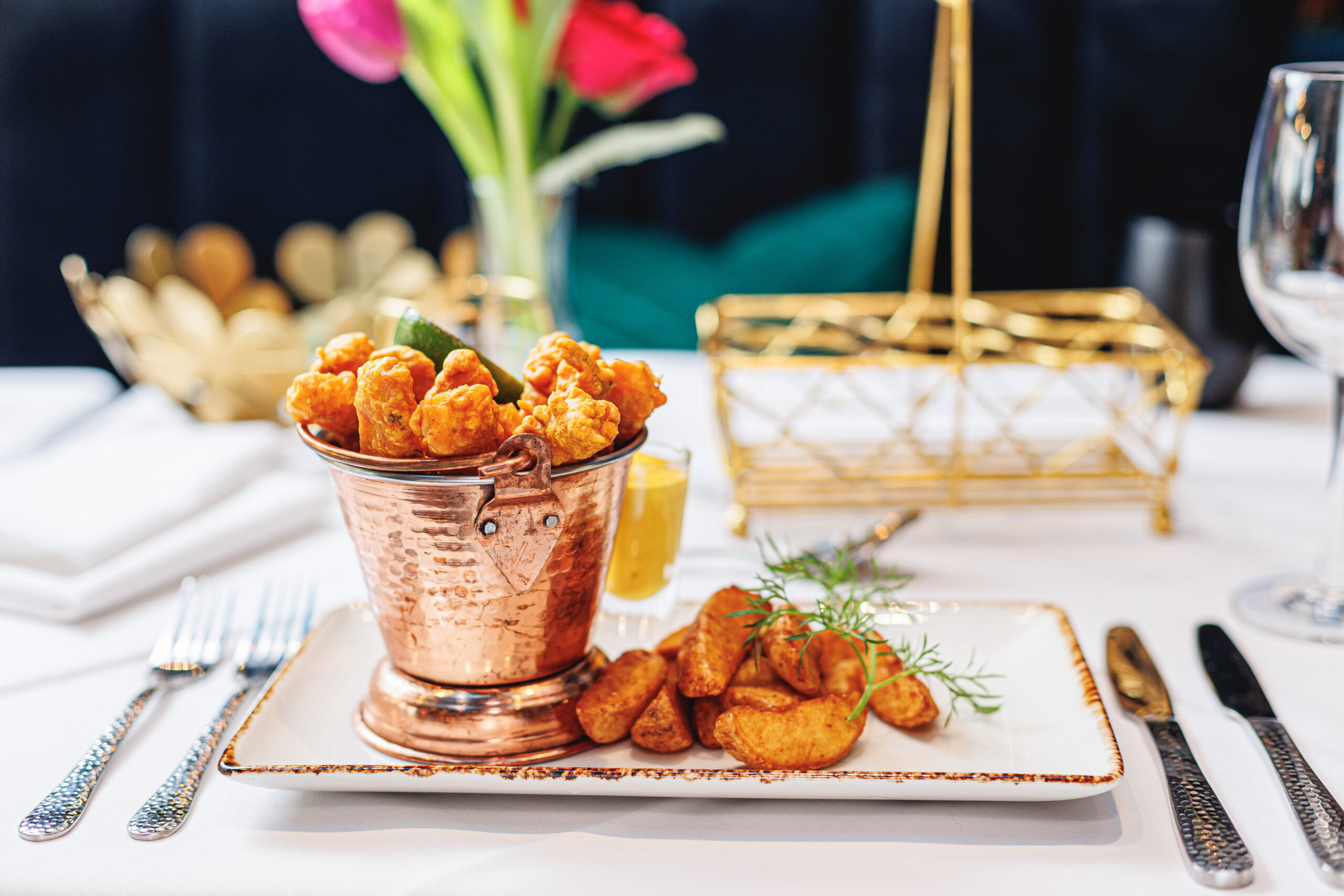 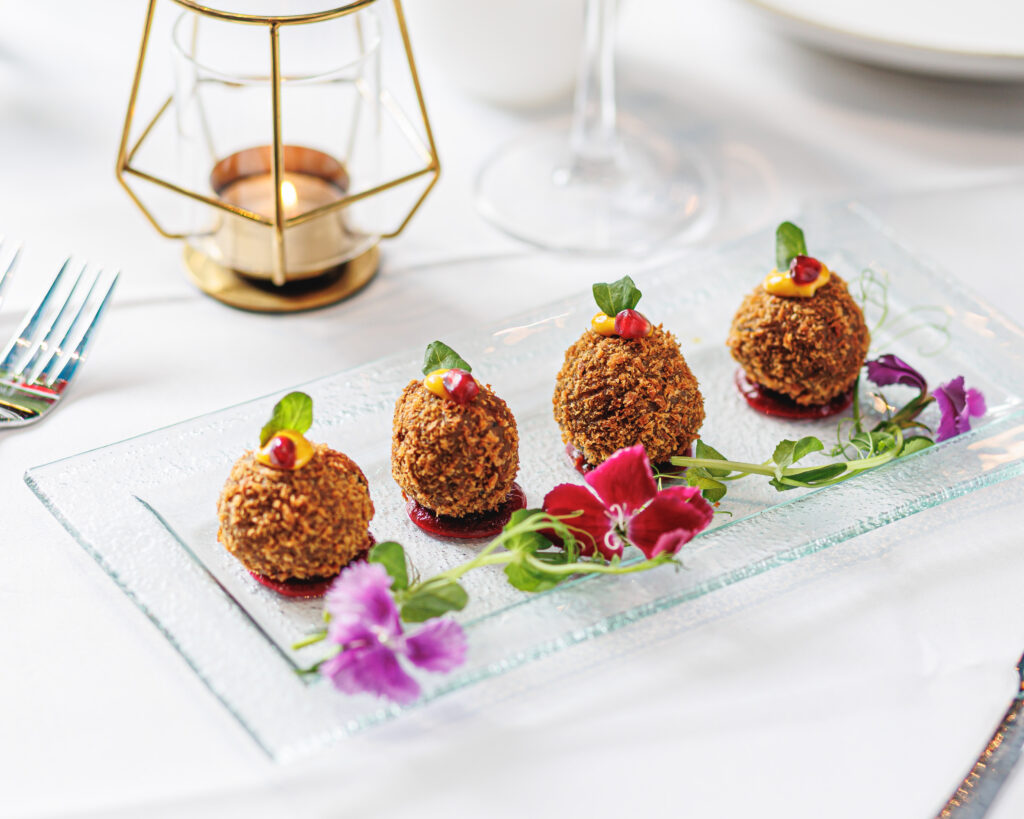 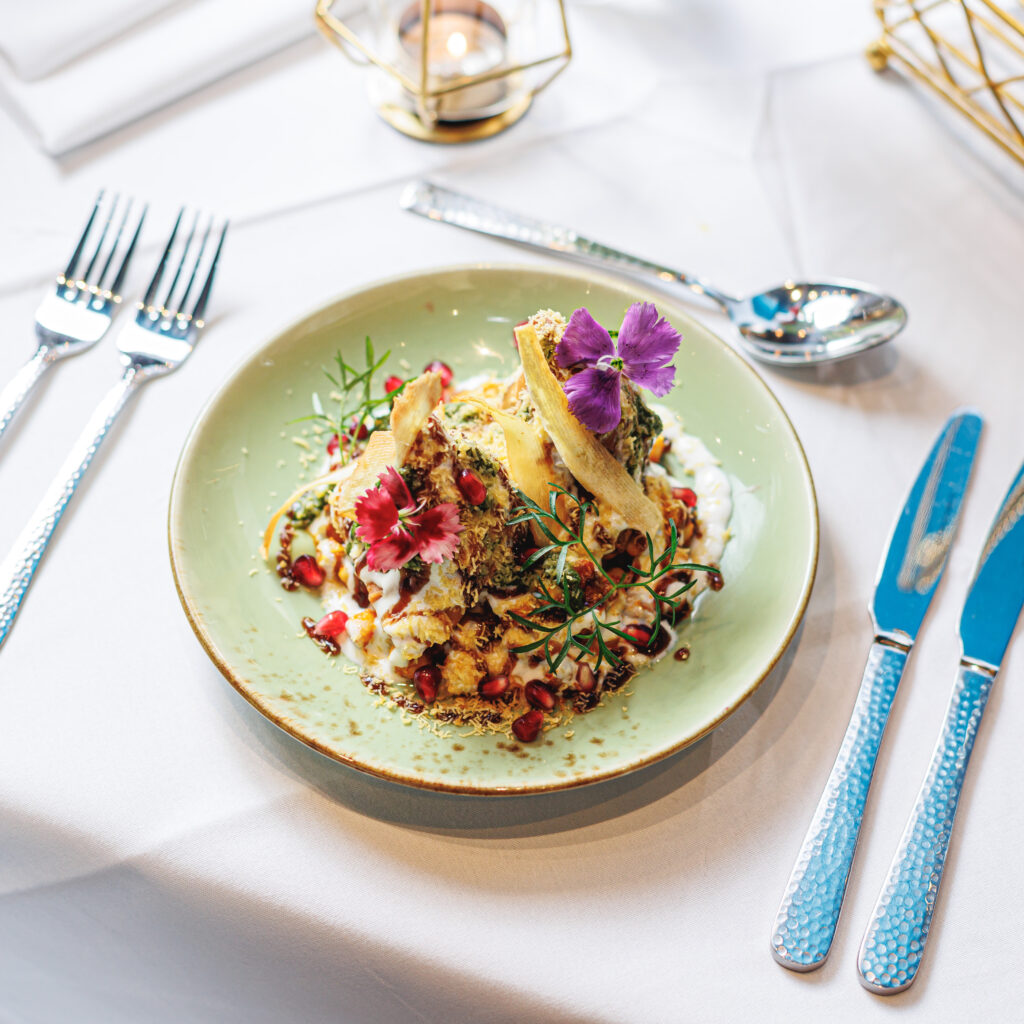 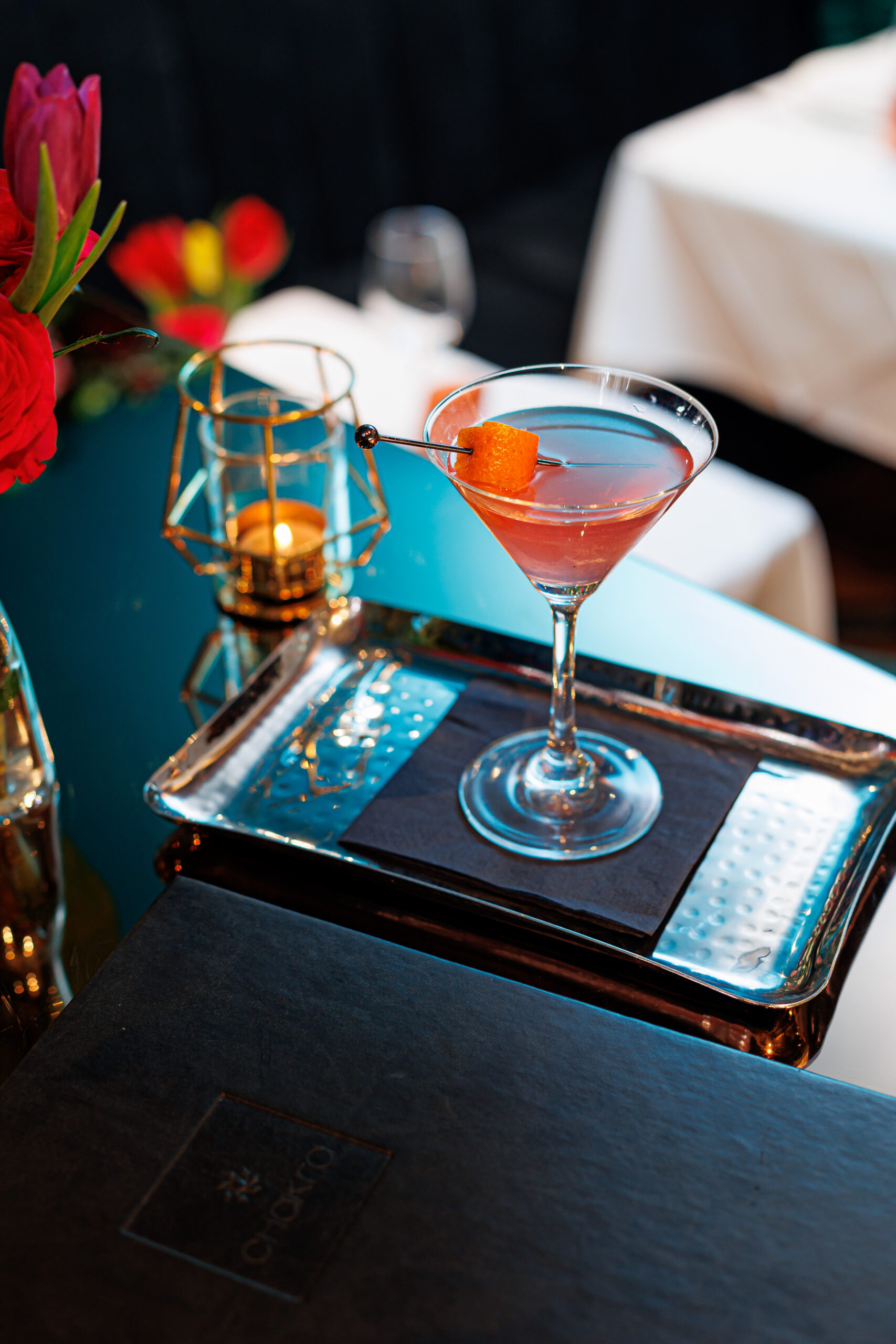 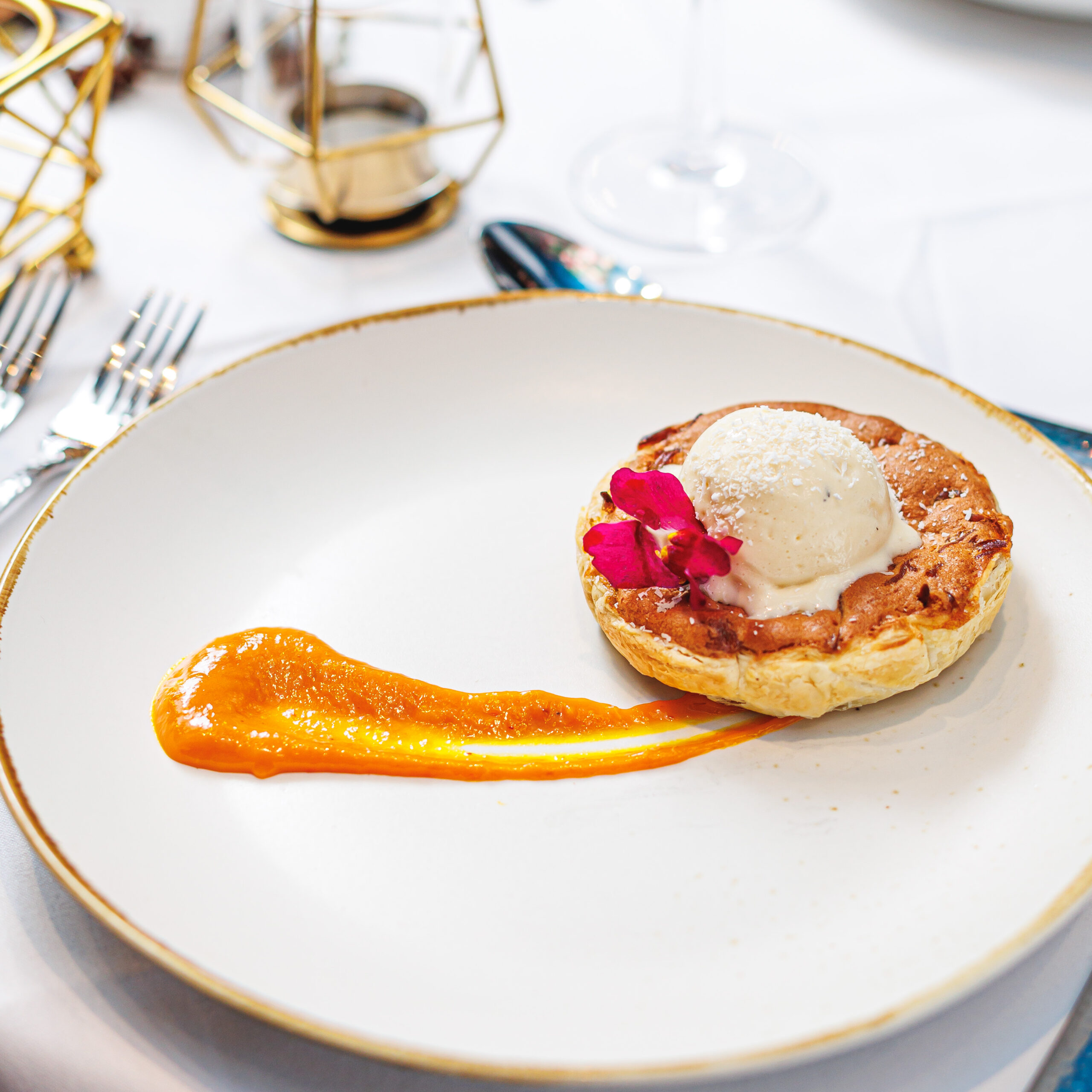